Apologies for the interruption in service, and the radio silence. Hope to be back with an update by xmas! Sorry again.
Posted by SeldomPie at 03:47 10 comments:

There'll be a new build of the game out in the next few days, and I'm happy to say the game has now passed the 100,000 word mark. That's a lot of words! It's thanks in no small part to an awesome dude called Legion, who's very kindly written some scenes for us. Hooray!
So, new mutant minx fun soon. That is all.
Posted by SeldomPie at 09:17 28 comments:

I can see my house from here 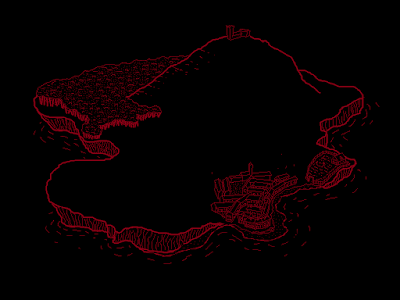 Here is a thing! It is a thing in the form of a map I was doodling some that shows the layout of the rest of the island, apart form the village. The village is always going to be the majority of the games area, places like the forest and the Oft Mentioned Abbey on top of the central hill  are really going to be more like the "dungeons" like the library and such, than the day-to-day explorey areas like the main town streets and estates.

Still not totes sure how I'll handle the movement out of town - it'd be pretty easy, and fancy lookin', to have the map as an image map, so you select the area you want to go to by moving your mouse pointer over it so it lights up or whatever, then giving it a click. That'd probably feel a bit jarring and out-of-place after the measured "step by step" menu based way you have to navigate through the town though. Why don't I make an image map for the town too? I could, but I think having to navigate your way through areas B and C to get from A to D, risking whatever dangers are in those areas, is pretty intrinsic to the games set up. I guess a map of the town as a screen background or whatever would be a nice reference feature in any case, once al the areas and features are set in stone and finally finalised.

I lay down to rest my sore and blood shot eyes for a few minutes, and wound up sleeping for 13 hours, so didn't get enough done for an update yet, sorry. Gonna keep pushing over the next few days so maybe soon, if my body does not carry through on its apparent threats to make me hibernate until the spring.

Well, blarp. Hello dear hearts, sorry for no word. Life has been its usual self. Was hoping to have an update for today, but well, guess not. Hopefully soon? And it will have some belated spooky stuff in it. Or "spoopy" as you kids apparently say these days. You so crazy!

Don't think I'm sleeping tonight and have some free time from now till Montag, so am going to see if I can't hammer something out. I'll post some sort of non-update update tomorrow if I don't, I have a few bits and pieces about other works that influenced MMM and stuff.

Since I'm gonna be writing, feel free to make some suggestions for specific scenes or minxes or stuff, like we did back on Freedom Day in July, no promises or guarantees, but if it inspires me I might well write it right up and stick it in while I am on a roll. And that sounds unintentionally dirty. Hooray!
Posted by SeldomPie at 17:17 6 comments:

Hi guys, still alive, things have been a bit chaotic IRL, sorry for the silence. Been working on stuff when I had the time, and the next few days should be pretty quiet with any luck, so maybe an update before the end of the weekend, if we are all lucky!
Posted by SeldomPie at 13:06 8 comments:

New build is go! http://seldompie.itch.io/mutantminxmeltdown  Click these words or the link on the sidebar.

Mostly a few bug fixes. Big thing added is a defeat scene for the Bioluminescent Goo Girl witten by SomeRandomGuy ages and ages ago, which I somehow forgot to actually put in the game. He was even already credited for it on the in game info page, dunno what happened there. Thanks SomeRandomGuy, hope you are doing good and pop up again some day!

Most other stuff is bug fixes -

*Fixed Redhead not leaving as a houseguest when she should

*Fixed combat menu not dissapearing after redhead combat (I think?)

*HOPEFULLY fixed the player being delayed in laying their nerd eggs.

* Bug where the status screen didn't go away after clicking out of it, the text still shows up below it but you can't select any options(they end up cut off under the screen) - Have not been able to track down or replicate this, please let me know where you were and what you were doing if this one happens to you! A screenshot would be really helpful too!

*Re-Jigged the way Village Green exploration and scavenging works, going to be slowly going through all the areas standardizing their scavenging, as they work in a crazy mess of code at the moment, a maze of twisty coding, all unalike. SO, possible there might be a bug or two when searching/etc in the Village Green, let me know if so!

Aaaannnnd that's all, I think.

*
I have not yet given McGonagall Park a "proper" enemy list so you might meet a few unmutated enemies there later in the game, and I haven't yet put the promised helicopter food drop into Conflass. Going to do a little coding and writing now, will try to get them sorted as I do so.

New stuff like the little head and the houseguest stuff is pretty complex to keep track of, so there will probably be the odd bug while we sort it all out. Thanks for your patience, and for any feed back and bug reports on them - it's seriously hard for me to even work out what all the possible combinations in game are of the various states, so your bug reports help a whole lot.

*
Just gonna mention the little non-porn Renpy RPG demo available for pay-what-you-want HERE, that is http://seldompie.itch.io/pieplate - if you've enjoyed playing MMM and have some spare cash, it would be sincerely appreciated if you could use this way to show your thanks. Money is short right now, and Pie gotta eat! If can't or don't want to, that's cool, we still bro's!

*
Okay! Gonna go see if I can't fix the bugs that continue to baffle me, have fun with the new build!
Posted by SeldomPie at 14:17 11 comments:

Okay, new build HERE. Preliminary house guest stuff is in! Couple new enemies too, and a new area that I'm moving some of the subareas to. There's sure to be bugs, cause there's some pretty complicated messy stuff I've put in, so wait a day or two for others to find the bugs and me to fix them if you wanna.

I've also recently released a short game/example thing that demonstrates how to make a simple menu driven rpg like MMM in ren'py. Because of Rules, I can't accept any money for MMM while it's hosted on itch.io, but I can for this, so if you have enjoyed playing MMM, you could download the PiePlate demonstration and throw me a few coins for that if you wanna. It'd be sincerely appreciated! You can find its download page HERE.

More details about the new build after the jump cut.

EDIT - just uploaded a new version, there was a bug where you'd get a "goodbye" letter from the redhead before you'd even met her.

also, forgot to point out - START A NEW GAME. Using old saves will almost certainly cause mess ups and crashes I can't replicate.

Throw us a bone? 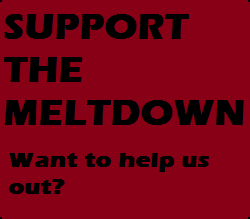 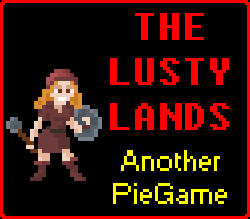